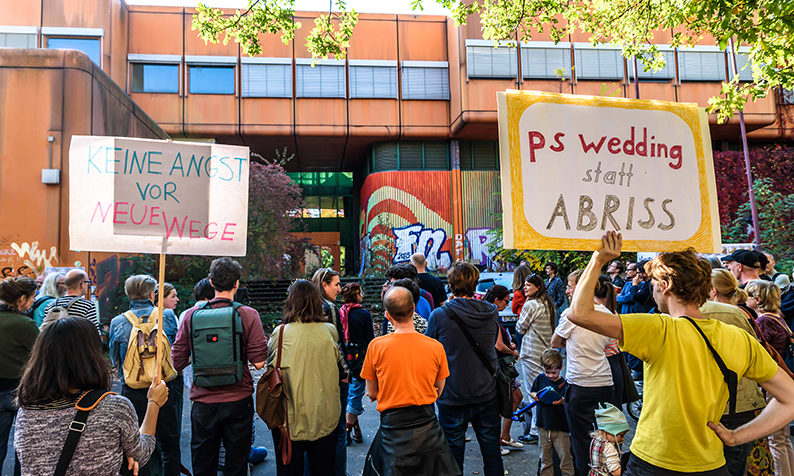 For the last decades the planning discipline has been characterized by the ‘communicative and collaborative’ paradigm. While practitioners in this context have been developing consensus-oriented forms of citizen participation, it has been a crucial subject in planning theory to develop and challenge communicative theory. The main criticism has been that communicative planning does not bear a transformative potential, as it does not fundamentally question existing power imbalances, and in the contrary can be used to sustain them.

In the recent literature several theoretical approaches can be found, which are aiming at giving alternatives to the communicative perspective. One of them is the concept of ‘agonistic pluralism’, developed by the political scientist Mouffe (1999) and imported in planning theory debates e.g. by Hillier (2003). In essence it is the notion of conflict, which distinguishes it from communicative theory. Conflict is understood as a preexisting fact in society, which can impossibly be cleared in a rational consensus, but democracy – and planning – have to cope with it as a fundamental challenge.

Co-production discourses are referred to communicative planning similarly. Watson (2014) draws a comparison and argues that civil society actors in co-productive processes often work against established rules while participatory approaches usually are based on common rules. Especially co-production initiated by social movements often has its cause in unsatisfying formal participation methods. In this discussion importance is attached to conflict, too. It is the starting point of co-production and the occasion to develop alternative methods.

In the PhD thesis those two strands – agonistic planning (as well as other “conflict tolerating” approaches) and co-production – shall be linked as they contain a notion of conflict that fundamentally differs from former communicative approaches: Conflict is not supposed to be moderated and cleared rather soon, but to be coped with in order to make it productive. Under this perspective I’m going to reflect on the mechanisms in conflictual co-productive processes – and, as an overreaching question, if a new understanding of conflict in planning might strengthen co-production and empower civil society actors. This will be examined by the case of the housing project ‘ps wedding’ in Berlin, a protracted and conflictual co-productive process.

MECHANISMS OF CONFLICTUAL CO-PRODUCTIVE PROCESSES: THE EXAMPLE OF HOUSING DECOMMODIFICATION IN BERLIN (start: 2019)