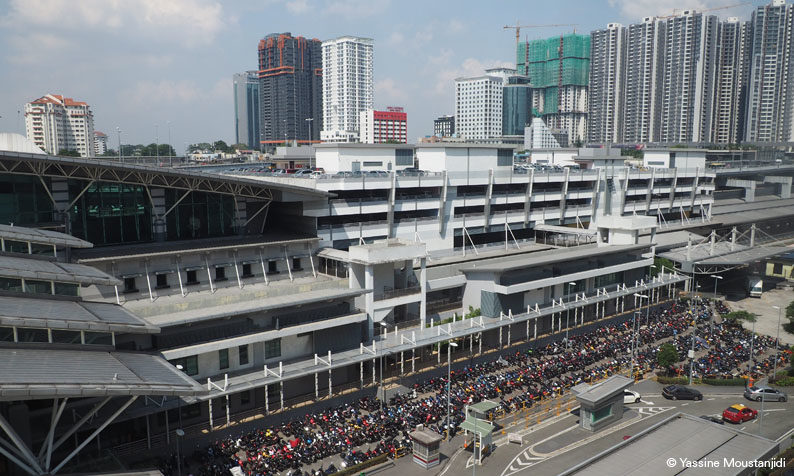 Since 1989, the governments of Indonesia, Malaysia, and Singapore have been engaged in promoting their transnational cooperation under a joint economic policy initiative, usually referred to as SIJORI Triangle of Growth. This term, which refers to the city state of Singapore, the Province of Johor (Malaysia), and the Province or Riau islands (Indonesia) was coined to convey the potential synergistic interweaving of the comparative advantages of the three territories.

However, there is much more to this Growth Triangle (GT) than just comparative advantages and economic growth; this transnational policy intervention has had a tremendous impact on the spatial and social structure of Johor and Riau, and has embedded the region in an intensive globalization/regionalization process that continues to reshape the geographies of the region as a whole.

Paradoxically, while the economic strategies behind the GT were, to some extent, well synchronized to ensure its efficiency, the explosive urbanization process, with its socio-spatial and environmental repercussions, happened relatively autonomously of any concerted inter-governmental influence. Such explains the spatial and social upheaval in the once rural landscapes of Johor and Riau, with externalities that might jeopardize the viability of the whole region. The over consumption of resources, especially land, environmental degradation, the rise of inequalities and social tensions, are some of the concerns that require immediate action on a regional scale.

Against this background, this research takes the case study of Singapore-Johor-Riau Cross Border region in order to investigate the mechanisms and processes of space production and urban governance that emerge in the absence of a state-driven territorial project. By looking at the region not only as functional space, but also as a socio-territorial unit equipped with a certain degree of strategic capacity (Perkmann 2003), the research explores how non-state actors and alliances shape the socio-spatial geography of the region, and what are the emerging urban governance mechanisms (if any) that derive from the existing non-state politics of regionalism. It also looks at whether the existing “informal” mechanisms could be the basis of a territorial project of regional governance.