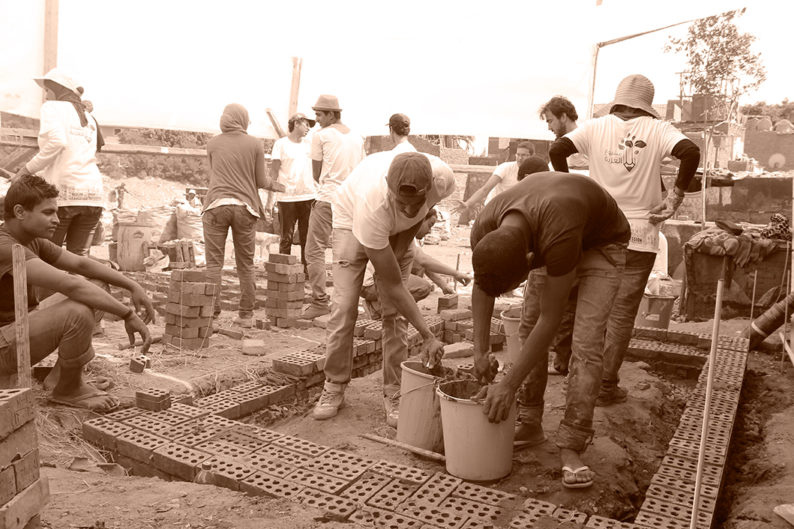 Participation is considered a fundamental human need (Ekins & Max-Neef, 1992), albeit not consistently attended to in the field of architecture and the built environment. Advocates of community participation believe that traditional architecture and urban planning have contributed to much of the social disintegration and physical decay in many parts of the urban world today (Sanoff, 2000). Researchers have argued that participation is fundamental if development is to succeed in achieving equity, efficiency, and sustainability (Plummer, 1999; Sanoff, 2000; Schubeler, 1996).

The role of the architect in development where participation is employed, tends to shift away from the traditional role, to a more socially sensitive and community empowering role, termed in much literature as the facilitator (Salama, 2016; Straus & Doyle, 1978). Preparing architects to assume this role requires a shift in traditional architectural and urban planning higher pedagogy.

As for the context of this study which is Egypt, the country has a history of non-participatory, top-down urban planning and design (Tadamun, 2014; Zetter & Hamza, 1998) and there is a lack of research on the extent to which community participation receives attention in architectural pedagogy. However, the Egyptian political leadership has started to show increasing interest in participation, evident in a few pilot projects (Shehayeb & Abdelhalim, 2012).

Community Participation in Design Pedagogy Higher Education Curricula in the Field of the Built Environment in Egypt (start: 2019)