The first IUSD Lecture in this summer term brings to you a lecture by Dr Wolfgang Scholz on Planning Theory and Southern Perspective: The Impact of (current and past) Travelling Models and Ideals from the North on Urban Development in Nairobi and Dar Es Salaam.

The presentation analyses urban planning models and ideals deriving from the North and looks at their translation into the urban reality in Africa, both during colonial and post-colonial times. They guided and still guide the urban planning practice, professionals and urban planning education. Thus, these circulating models and ideals shape the cities on the ground. The same applies to planning processes supported by the influence of international organizations and other actors involved in the translation. The presentation discusses the consequences for the urban fabric in terms of fragmentation and segregation of space in Nairobi and Dar es Salaam. 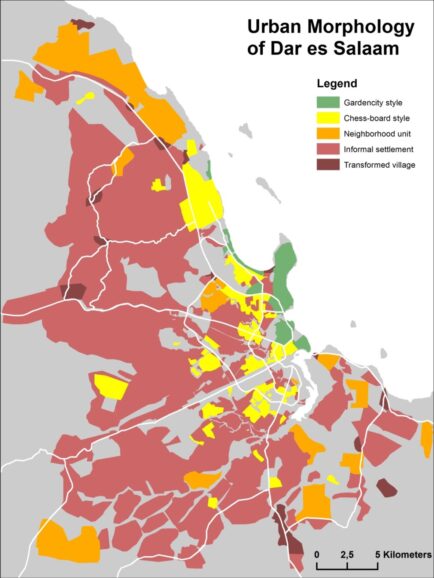 Dr. Wolfgang Scholz graduated in 1992 in Spatial Planning, at the Technical University Dortmund. After working for private urban planning studios in Germany for ten years, he re-entered academia in Dortmund and received in 2006 his PhD on informal urbanization in Tanzania. From 2007 to 2009, he was DAAD lecturer in Tanzania at Ardhi University, followed by researches on urbanization in Tanzania. In 2012, he was appointed as associate professor at the German University of Technology in Oman. From 2014 to 2018, he served as Head of the Department of International Planning Studies in Dortmund. 2019-2020, he was a guest professor for international urban development at the Faculty of Architecture in Darmstadt. Currently, he conducts researches on resilient urban development in Manila. He has more than 20 years of research experience in the fields of urban infrastructure and mobility, and in the field of informal urban development in the Global South, as well as teaching experience in urban design, planning theory, and theories of spatial development in both the Global North and South.