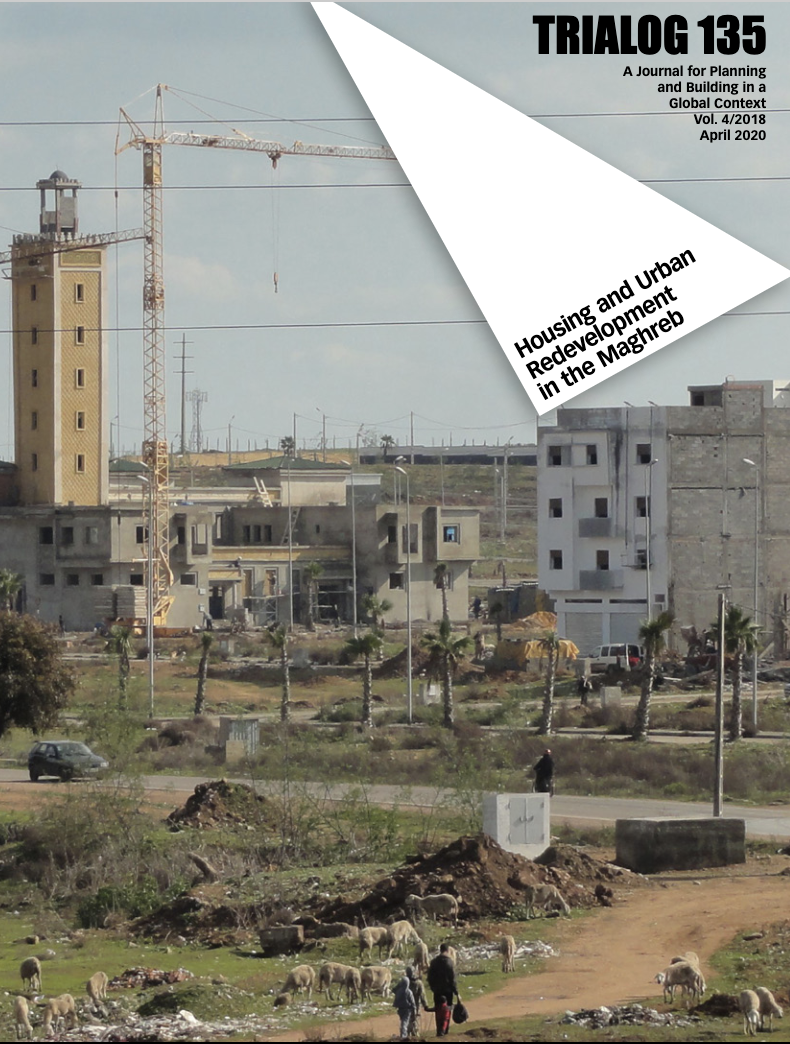 Yassine Moustanjidi co-edited the 135th issue of the Trialog Journal on the topic of “Housing and Urban Development in the Maghreb”.

Since the turn of the millennium, Maghreb countries have experienced scores of ambitious housing and urban redevelopment projects of national as well as international scope. Housing programmes which attempted to address the chronic housing shortage through the construction of new towns and the implementation of resettlement and upgrading projects have exacerbated an urban sprawl that continues to put pressure on urban and peri-urban land. These dynamics have also triggered an aggressive competition for land between ‘world-class’ urban redevelopment projects and the politically undesired populations threatened by forced eviction. Thus, the relationship between the city centre and the periphery is shifting. While city centres are being beautified and renewed following global ‘world-class’ aspirations, thousands of citizens are being pushed to spatially disconnected new towns at the urban peripheries.

In this issue of TRIALOG, we focus on these urban contrasts as evident in the Maghreb, and particularly visible in Morocco. They are representative of new urban realities in a region that struggles to cope with a volatile economic, political, and social context.

Almost ten years after the beginning of the Arab uprisings, governments throughout the Maghreb region are still under pressure to respond to people’s demands for access to human rights and social justice. In response, Morocco’s state authorities made access to adequate housing a constitutional right and, likewise, uses social housing policy as an effective governmental tool to prevent further uprisings. As such, housing and urban redevelopment throughout the Maghreb region play a primary role in renegotiating the role of the state and in producing new imaginaries of development and modernity at the level of everyday urban life. In this context, the articles focus on three major topics: 1) the making and promotion of ‘world-class’ urban megaprojects, 2) the failure of housing programmes to achieve their own policy objectives, and 3) the everyday life experience in rapidly changing urban contexts.

HOUSING AND URBAN DEVELOPMENT IN THE MAGHREB/ JOURNAL