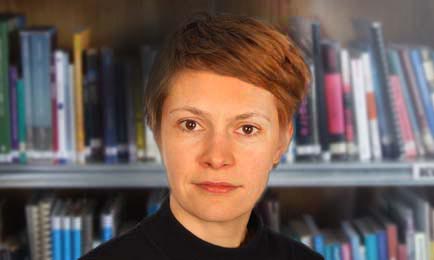 2014
Dr.-Ing. at Berlin University of Technology, on social space and urbanization in the megacity Guangzhou, China.

2007
Diploma at Berlin University of Technology, on social housing in Denmark

2006
Master of Architecture, Ball State University, USA, on housing and social space in suburbs in the USA.

Dr. Josefine Fokdal is a senior researcher at the department for International Urbanism, led by Prof. Dr. Ley at the University of Stuttgart. 2015-2016 she was the interim head of the department International Urbanism at the University of Stuttgart. She previously worked as a senior researcher at the Habitat Unit (2009 – 2014). Since 2011 Josefine has been part of the research team on networking of urban poor in the housing field. She studied architecture at the Technische Universität Berlin (DE) and Ball State University (USA). In 2014 she completed her doctoral dissertation, “Embodiment of the Urban: Relational Space in the South Chinese Megacity Guangzhou” at the TU Berlin.

Josefine Fokdal was a visiting scholar at the Hong Kong University in 2014. Her research and writings span the fields of spatial theory, housing, governance, informality, urbanization in Asia and urban embodiment. Between 2009-2010 she was one of the leading researcher on the DFG project “Peri-Urbanization in the Pearl River Delta” which has been published in 2014 (Beyond Urbanism: Urban(izing) Villages and the Mega Urban Landscape in the Pearl River Delta in China, LIT).

Josefine Fokdal teaches in the international master’s program Integrated Urbanism and Sustainable Design, in the post-graduate Urban Management course (TU Berlin) and has been teaching master’s courses in Architecture and Urban Design since 2009. Further, she supervises master theses at the IHS (Rotterdam), Urban Management (TU Berlin) and Urban Development (El-Gouna, Egypt). She has a wide range of experiences from working as a consultant to bi- and multi-lateral agencies on urbanization and development policy in the global South as well as in architectural offices. She is a German MC member of the European Network INTREPID (COST Action TD1408) on interdisciplinarity in urban studies and the chair of the International Advisory Board. She is a member of the Deutsche Gesellschaft für Asienkunde (DGA) and the Urban Knowledge Network Asia (UKNA).