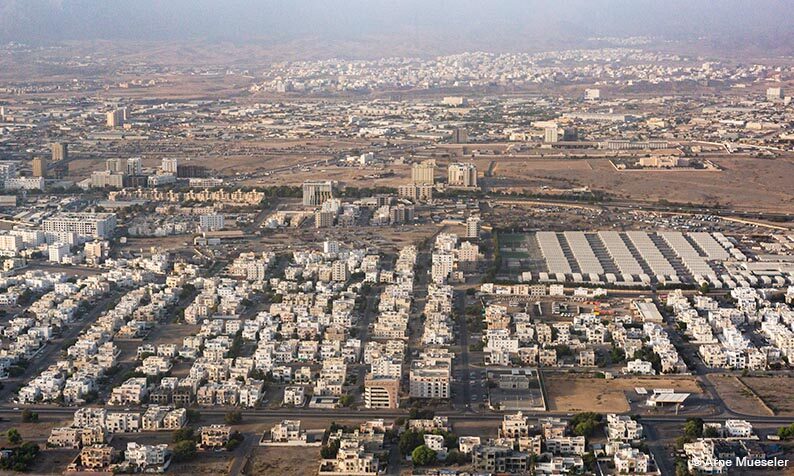 In this design studio, public space management, bottom-up governance and participatory development will be emphasized and worked with in order to develop a strategic development plan for Al-Khoud 6 neighborhood in Muscat, Oman.

Petroleum revenue incentives since the 1970s caused a rapid urban population growth and transformation of Oman’s capital Muscat into a car-based city.  As a result, the city has undergone massive urban sprawl. Residential neighborhoods in Muscat, primarily consist of single residential villas, covering over 40% of privately owned land. This phenomenon relates to royal decrees that allocate state-owned lands to Omani citizens for residential purposes as a scheme for housing public-welfare. At the city scale, the role of land management is largely overseen by the public sector. However, in the last decade the role of the private sector and individuals emerged on neighborhood scale and the need for an alternative strategy apparent.

The studio will take one such neighborhood – Al khoud 6, which has developed with this unsustainable land management system as a case study. Through the studio the students will analyze diverse impacts such as economical, ecological and socio-cultural aspects. Furthermore, the studio will look closely at the urban governance of the area identifying the different roles played by the public, private and civic stakeholders who are active in the site.

This studio can be combined with the seminar “Urban Mapping Lab”, which is dedicated to experimenting with various tools and techniques for location-based analysis and visualization.